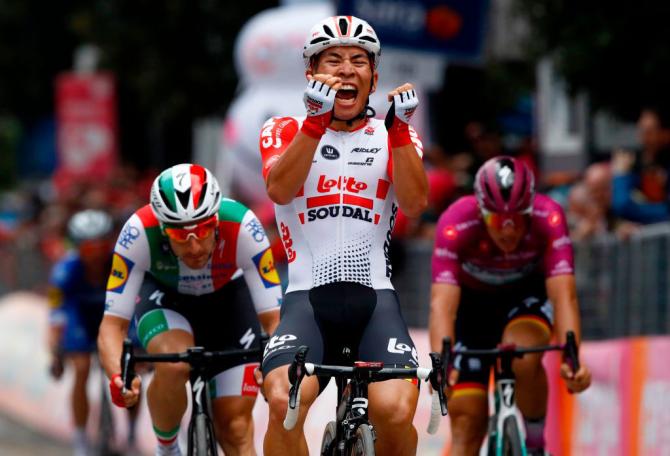 Australian Caleb Ewan will make his Tour de France debut in the opening stage in Brussels on July 6 after being included in the Lotto Soudal team.

“It’s going to be a dream come true for me,” said Ewan in a team video.

“I’m excited about the first stage being a sprint because it’s an opportunity for us sprinters to take the yellow jersey. It’s going to be so exciting to be in a Belgian team starting the Tour de France in Belgium.”

The 24-year-old sprinter won stages on the Giro and the Vuelta in 2015 and added two more stages for Lotto in the Giro in May. His lead-out men in Italy, Jasper de Buyst and Roger Kluge, were also in the team unveiled on Tuesday.

Ewan seems to be still wrestling with some of the Tour basics.

“It’s going to be a tough four weeks,” he said before correctin himself. “Or three weeks.”

The eight-man team is completed by Thomas De Gendt, who has said he wants to ride in all three grand tours this year, and four more Belgians Tiesj Benoot, Tim Wellens, Jens Keukeleire and Maxime Monfort.

“I think we chose the strongest possible team,” said Lotto manager Marc Sargeant for the Belgian outfit. “We are fully aiming for a stage victory.”