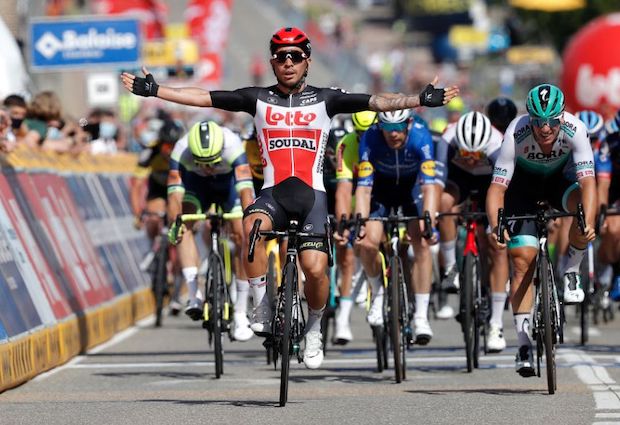 Calen Ewan finished off a perfect team sprint set-up in stage 3 of Belgium Tour to out-pace his rivals to the line.

You can rewatch STAGE 3 of 2021 Belgium Tour HERE

The Lotto Soudal sprinter finished ahead of Pascal Ackermann and Michael Morkov to take the win.

“It was a tricky one,” Ewan reflected, when asked about the finale. “We had a block headwind for the last three kilometres after the climb [the uncategorised but tricky Dongelstraat]. I’m so impressed with the job my team did. From 3km out, I had I think only four riders in front of me, as we had to use a few more guys than we wanted to to chase the breakaway, because it was coming back quite slowly.

“I’m lucky to have such strong and smart guys…We’ve integrated Tosh [Van der Sande] and Harry [Sweeny] into the lead-out, first at the UAE Tour and now here. I think that’s what maybe we were missing, the two guys in front of Roger [Kluge] and Jasper (De Buyst].

Remco Evenepoel (Deceuninck–Quick-Step) retains a 45-second overall lead after a relatively comfortable day in the peloton, with two stages to go. 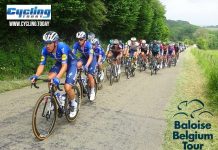