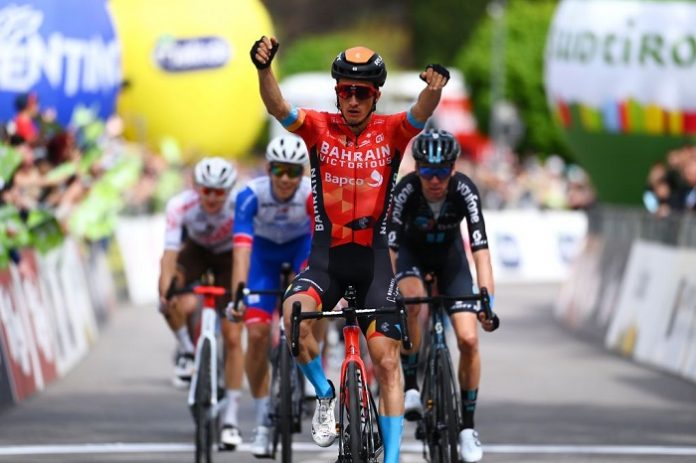 Pello Bilbao took the victory on stage 2 at the Tour of the Alps after a tremendous lead-out from his Bahrain Victorious team.

In the final 30km, Bilbao lead a chase group that brought back Pavel Sivakov and Michael Storer, who were the remains of a breakaway that got away early in the stage.

On the summit of the Passo Palade, Storer and Sivakov had 1min30s advantage, but Bahrain Victorious erased this lead by the base of the following descent.

Bilbao crossed the line ahead of Romain Bardet in second and Attila Valter in third. The Spanish rider moved into the overall race lead.

“It’s one of my favourite races, always after my home race, and I arrived in top shape. Today it’s been so nice to win because we need to do a great job, all the team worked all day waiting for the last moment, trying to arrive in a small group to win in a sprint. Sivakov and the rest of the riders in the breakaway made us work hard but in the end, it’s super nice. I don’t know how the guys still had the legs to do this nice sprint,” Bilbao said.