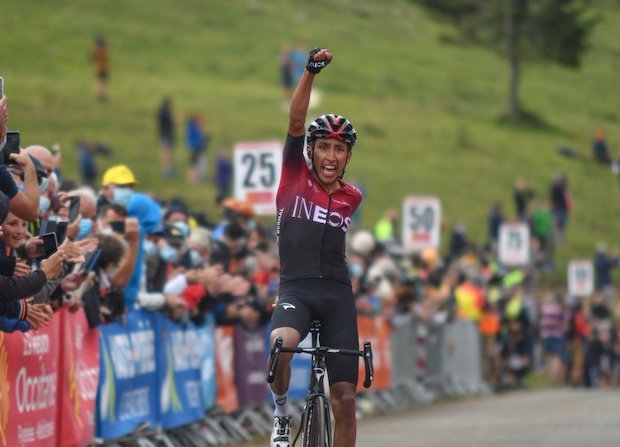 Egan Bernal (Team Ineos) smashed his rivals in the queen stage of the Route d’Occitanie claiming stage 3 and the race lead on the final climb Col de Beyrède.

“I’m extremely happy with the victory,” said Bernal. “We’ve worked really hard for this, to be in good form, but despite that when you win it does come as a bit of a surprise. The team did a perfect job. The fact that I managed to show that we had an edge makes me very happy thinking ahead to the Tour de France. I think we really deserved the win today.”

“This is a test day for all the favourites of the Tour,” Thibaut Pinot said ahead of the stage in which he finished fourth 31 seconds behind the winner.