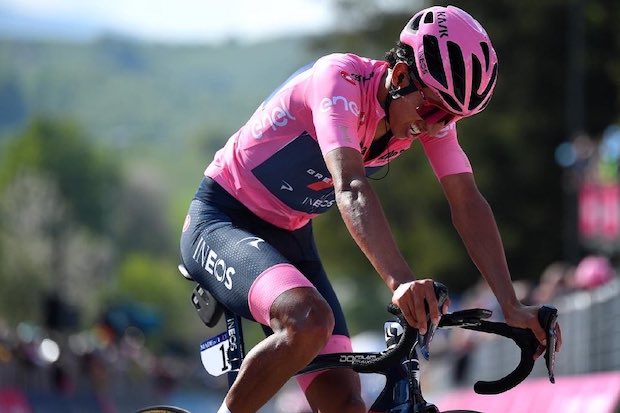 Egan Bernal said he hoped to one day win the Vuelta a Espana and become the eighth man to triumph in all three grand tours.

Bernal, who won the Giro d’Italia in May to take his second grand tour title after winning the Tour de France in 2019, suffered from back problems last year but said he was getting ready for the Vuelta in August.

“I don’t know if I can be at the level you need to be at to win one of the grand tours but I’ll be there,” the Ineos-Grenadiers rider said in his hometown in central Colombia.

“Right now my dream would be to one day win the Vuelta a Espana so I could win all of the big three,” said Bernal, speaking in the Salt Cathedral carved into the salt mines of Zipaquira, 180 metres underground.

“I feel bad saying it because any cyclist knows how difficult that is. But I’d say, why not dream? I don’t think it will be this year, but I am 24 years old and maybe one day I can do the Vuelta a Espana and complete the Triple Crown. It would be a dream come true.”