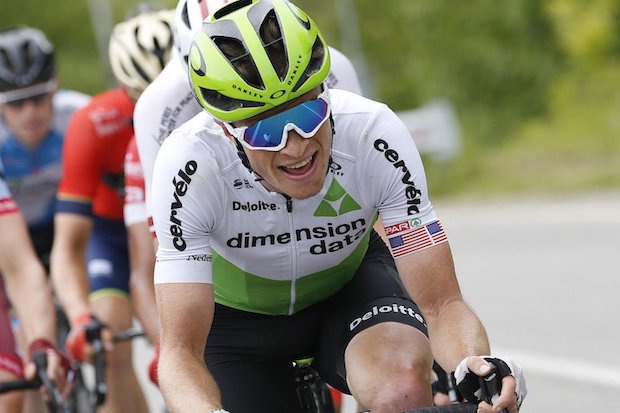 King was in control through the final meters of the 161.4-kilometer stage, comfortably securing the victory and becoming the first American to win a Vuelta stage since Chris Horner in 2013.

”I didn’t start believing until the last kilometer,” King said. ”I’m still in shock. I set winning a Grand Tour stage as a goal for myself. I’ve worked so hard for this.”

Kwiatkowski had his 14-second lead cut in half, with Emanuel Buchmann moving to second place after a ninth-place finish on Tuesday.

Wednesday’s fifth stage will take riders back to the coast through a mountainous route of nearly 190 kilometers from Granada to the municipality of Roquetas de Mar.