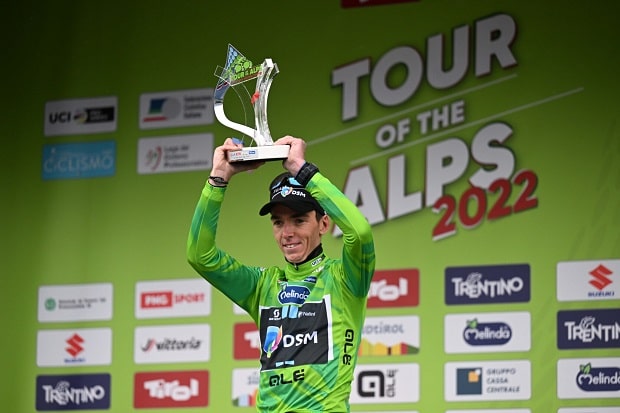 Thibaut Pinot beat David De La Cruz in an uphill sprint to take stage five of the Tour of the Alps and to put yesterday’s heartbreak behind him.

At the bottom of the final climb, it looked like it could be heartbreak again as Pinot suffered a mechanical but a mechanic hung out the back of the team car and managed to right the issue.

The Groupama-FDJ climber tightened his shoes into the final kilometer, grimacing with every fibre as he accelerated over the final kick toward the line.

Just minutes later, fellow Frenchman Romain Bardet hit the finish in front of classification rival Pello Bilbao and secured the overall honors for the first time in his career.

“It would have been hard in the sprint so we wanted to gain time. It worked out better than expected. I had Arensman with me and so we were even able to extend the gap. It worked out pretty well in the end. It’s a nice win.”