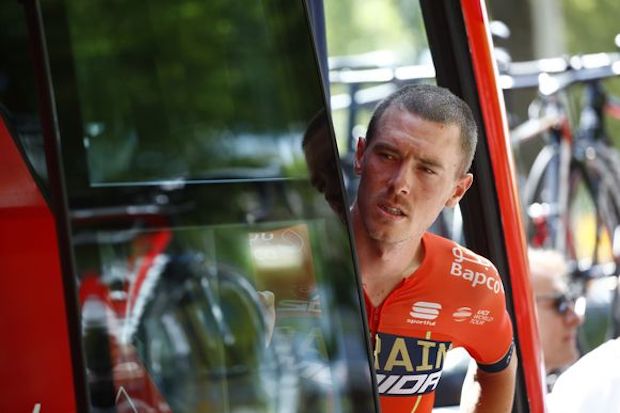 Dennis, who retained his world crown at World Championships in Yorkshire, has not raced for Bahrain-Merida since the Tour de France in July, which he abandoned after stage 12 without explanation.

Bahrain-Merida announced that it had cut ties with Dennis just over two weeks ago on September 13, waiting to make the news public “to allow Mr Dennis an undisturbed preparation for the UCI 2019 Road World Championships.”

Rohan Dennis rode an unbranded BMC bike during his world title ride instead of a Merida team bike. He rode a BMC bike again in the road race on Sunday.

The time trial world champion has referred the decision to the arbitration board of cycling’s world governing body, the UCI. Bahrain-Merida said it will make “no further comment” on the matter.