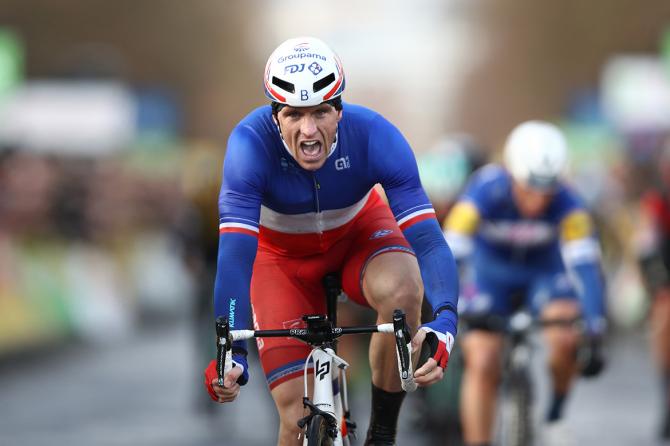 Winner of the Milan-San Remo in 2016 and third on this year’s edition, the 26-year-old Demare won his first Tour de France stage in 2017 as he emerged as his nation’s top sprinter.

He will be the sole leader of the team and has won stages this season on the Paris-Nice and Tour de Suisse, where he edged out Fernando Gaviria, Alexandre Kristoff and Peter Sagan.

He will have the back up of two lead in men in the form of Ramon Sinkeldam and Jacopo Guarnieri in a team featuring five Frenchmen.

Instead of Pinot the 21-year-old climber David Gaudu, who won the 2016 Tour de L’Avenir, makes his much awaited debut.

“Arnaud Démare is a sure bet, and the ambitions of the team remain strong. While David Gaudu is certainly young, he has a huge talent and is already doing well. In 2012, Thibaut Pinot was in the same situation and we know what happened. I have great confidence in the collective,” said Yvon Madiot.