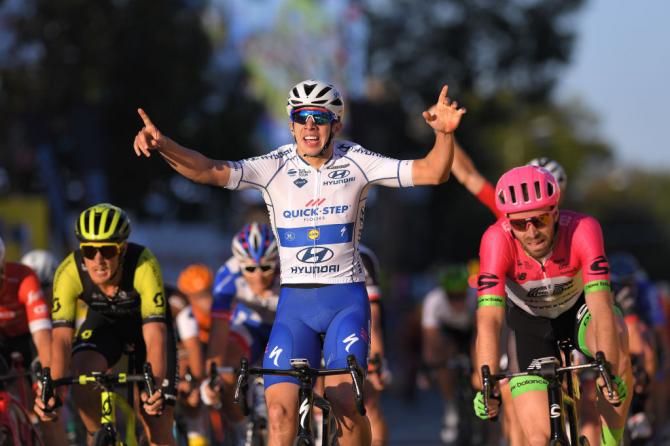 Alvaro Hodeg shrugged off the disappointment of the first two days at the Tour of Poland, where he finished twice runner-up, and showed what he’s really made of, powering like a locomotive in a frantic dash to the line in Zabrze, after an impeccable lead-out by Michael Mørkøv.

The story of Monday’s stage wasn’t different than the one of the previous flat legs of the race: four men jumped into the escape, put around three minutes between them and the peloton, who took their time before making the catch on the penultimate of the four laps of the local circuit.

Quick-Step Floors played it cool and bided their time, moving to the front with four riders – Davide Martinelli, Fabio Sabatini, Michael Mørkøv and Alvaro Hodeg – only inside the last two kilometers of what was shaping up to be another hectic sprint.

While most of the sprinters crammed on the right side of the road, Mørkøv’s tactical acumen surfaced, as he put in a huge surge on the left, having Hodeg on his wheel at all times, before leaving the talented Colombian in an ideal position with 150 meters to go.