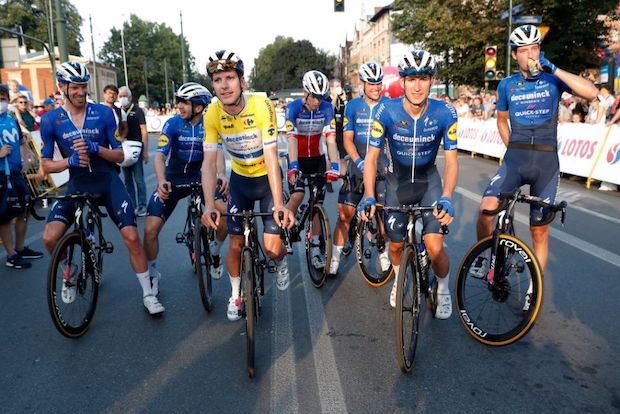 Joao Almeida sealed the overall victory at the Tour de Pologne, becoming one of the youngest riders to take home the yellow jersey.

The Portuguese built his success on the back of two stage victories, on the uphill finishes of Przemysl and Bukovina Resort, and cemented it on the penultimate day ITT, where he put time into all his rivals, setting in stone the general classification.

“I am extremely happy, it’s a dream come true to be at the top of the podium in a stage race, something for which I worked so hard. To win the GC, two stages – one in the yellow jersey, something quite special – and the white jersey, which came as a bonus, is something incredible that I couldn’t have dreamed of at the start of the race”, said Almeida.

“I didn’t know that the peloton was so close. We went full gas all the way, we tried to get the best out of it but I didn’t expect we’d make it. The local lap was pretty easy actually, not too many corners, so I thought the peloton would come back. Eventually, we made it,” Van den Berg said