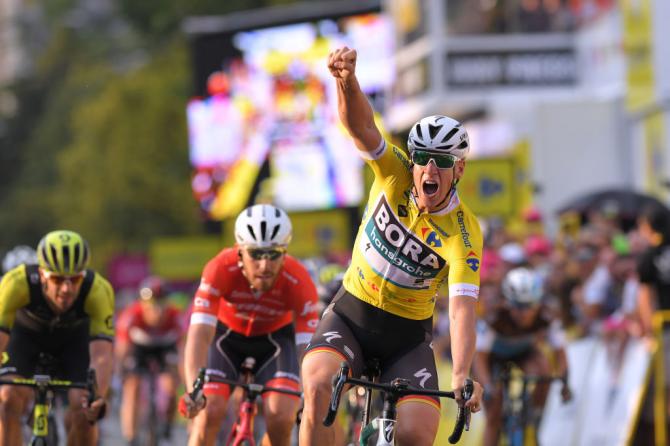 The second day of the race saw riders tackling a similarly undulating parcours to the first stage in Kraków, with two categorized climbs over its 156km length, both coming towards the end of the stage, where the route covered a 20km finishing circuit four times.

While there was a slight kick up to the finale, the stage has traditionally been earmarked for a sprint, and barring any upsets, it was likely this would be the case today.

In a hectic finale, Pascal Ackermann sprinted to his second consecutive stage win at the Tour of Poland extending his lead both the overall and sprint classifications.

“It was risky because I was going too fast in the end to find a perfect line and then I had to go to the right side,” Ackermann said. “It was critical but it was OK, I think.”