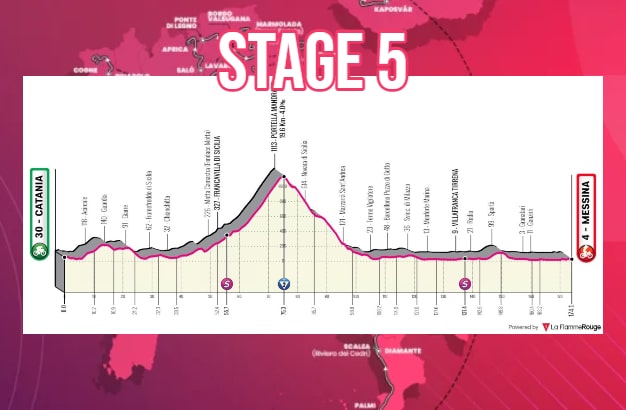 A 174 km race in which a 2nd category climb could help filter out some sprinters.

After climbing Etna volcano during stage 4, the sprinters have to climb Portella Mandrazzi in enough good position if they want to manage for the final wining sprint of the day. It’s not a very difficult climb, but long enough to make some selections. Guys like Cavendish, Démare, or Ewan are strong enough and have good team to be in the game on finish line. 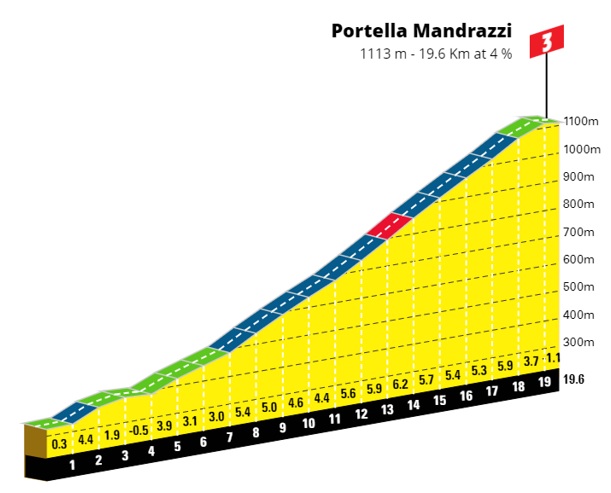 Mark Cavendish will try to win his second stage.

Caleb Ewan must be in better position he was in Hungary to challenge Cavendish.

Fernando Gaviria showed he was back at his best condition.

Mark Cavendish – won bunch sprint on stage 3 so starts off as the favourite.

Arnaud Demare – 2nd on stage 3 and might get dropped but is one of the quickest sprinters.

Fernando Gaviria – 3rd on stage 3 and can get over the climbs within the main group.

Edward Theuns – Just outside the top 5 on stage 3 and can finish well.

Caleb Ewan – 8th on the opening sprint but his positioning was poor so could do well today.

The ascend of Etna will have left its mark on Cavendish and he will be still more at a disadvantage after the early climb of the day. Gaviria is shaping up and gets well over climb. His freshness gives him the edge over Cavendish. Caleb Ewan is probably the strongest finisher but his team deceives him again and again. Edward Theuns will want to avenge the elbow shot from Démare.