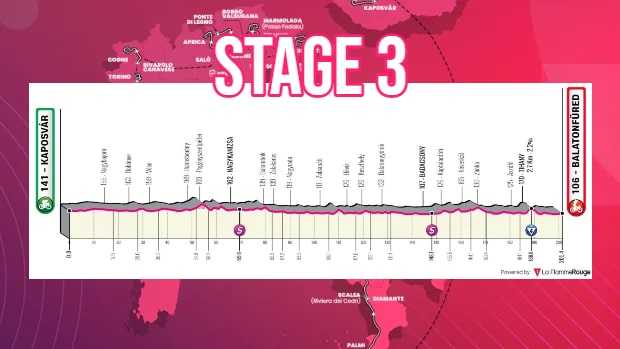 A long 201 km in the saddle that will eventually end in a bunch sprint. However, what appeared to be a long boring day ended up in being fatal for overall favourite, Mikel Landa, last year…

Mark Cavendish has Morkov for lead, except incident, he is the favorite.

Caleb Ewan will try to follow Quickstep train, possibly avoid touching a back wheel, and jump on the line if he can.

Mathieu Van der Poel, not the biggest favorite, but you can’t forget him.

Fernando Gaviria seems back to his level.

Arnaud Demare – Another rider with a good sprint train.

Giacomo Nizzolo – Always consistent in sprints and has good speed.

Caleb Ewan – The strongest sprinter in the race but uncertain after his crash on stage 1.

Biniam Girmay has already exceeded expectations on the opening stage of the Giro and his team has been impressive enough to lead him to a bunch sprint win. Was it not for his spectacular crash and unknown current state of mind and recovery, the Caleb Ewan would be my favourite. Nizzolo  and Gaviria would love to take a victory here but if it all goes according to plan, Mark Cavendish should be launched to victory by his formidable team train. But this is the Giro and things do not always go the way we expect.