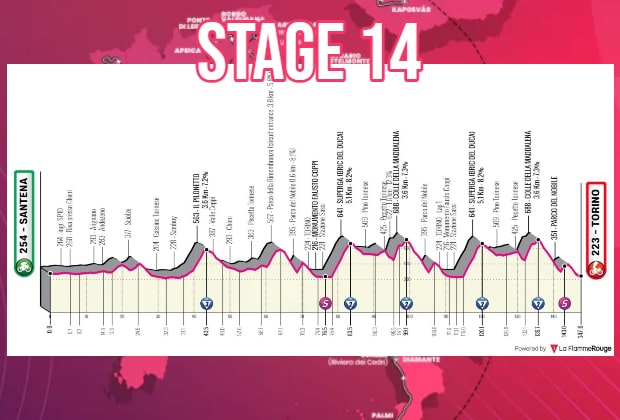 Only 147 km long ,it will nevertheless be a rugged stage, very tiring, after almost two weeks of racing. 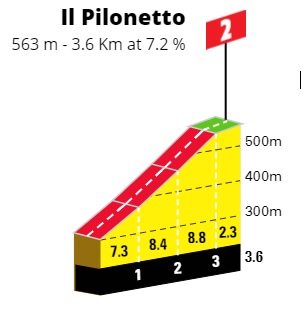 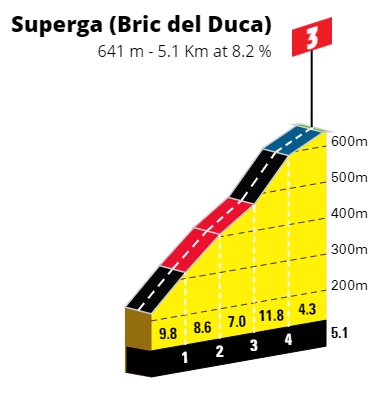 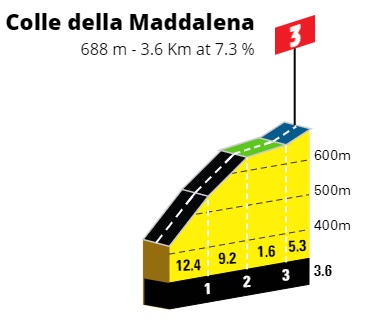 Difficult to predict who will be able to survive Superga-Colle Della Madallena twice before descending to Turin. Could it be a breakaway victory or that of an experienced descender?Before the hard day coming stage on Sunday, who is ready to take the risk to escape and try to win this one?

Wout Poels, Lennard Kamna, Alessandro De Marchi, Harm Vanhoucke, Magnus Cort, Davide Formolo all of them have the qualities to win this stage but will they be allowed to take risk?

Mathieu van der Poel or Natnael Tesfatsion can also bring this to a sprint without the best sprinters.

It is hard to pick a winner for this stage it could end up being a GC/Puncheur day. Mathieu van der Poel has the chance to take the win here, in a similar fashion he did in Tirreno-Adriatico not so long ago.

An early breakaway will form by the summit of the first categorised and everybody will leave it to Trek-Segafredo to control things. With so many points available, surely Diego Rosa and Bouwman will be in the break.  This could be the opportunity for some riders, like Foss and Yates to play their card right like Kelderman. and put themselves back in the GC battle.

Giulio Ciccone could also be allowed to be in the break and get some minutes but  the win probably go to this teammate, Bauke Mollema. Third time lucky it is. And yeah, Juan Pedro Lopez will go into his last day in pink on Sunday.