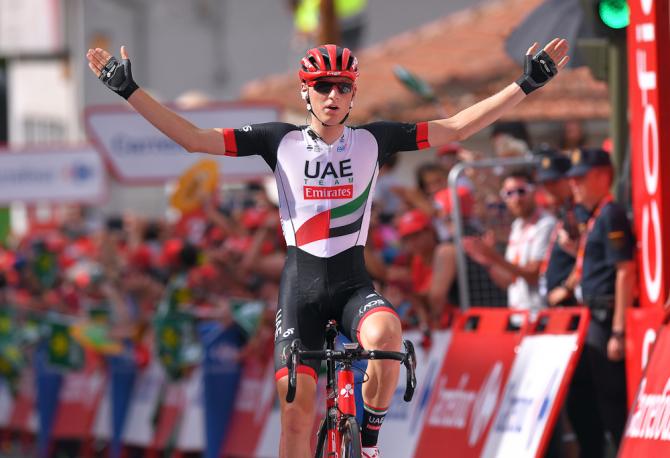 Going clear early on in a massive break and pushing ahead later on solo, Matej Mohoric (UAE Team Emirates) won stage seven of the Vuelta a Espana on Friday.

On the last climb of the day, there were several attacks in the breakaway which as a result broke into several pieces. Mohoric took the lead close to the top of the climb and was chased by Pawel Poljanski (Bora-hansgrohe), Jose Joaquin Rojas (Movistar) and Thomas De Gendt (Lotto Soudal).

Mohoric could keep the distance with the chasers and crossed the finish line with an advantage of 16 seconds. This is the first Grand Tour victory for the 22-year-old.

Chris Froome (Team Sky) continues to lead overall. He is 11 seconds ahead of Esteban Chaves (Orica-Scott) and a further two ahead of Nicolas Roche (BMC Racing Team).