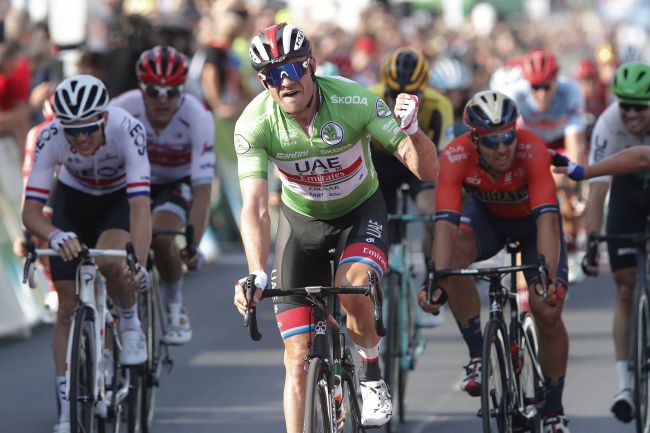 Alexander Kristoff powered to victory on the second stage of the Tour of Germany on Friday in Goettingen to take the overall lead.

The 32-year-old edged out Sonny Colbrelli (Bahrain-Merida) at the end of the 202km ride from Marburg.

Kristoff is now 10 seconds clear of Colbrelli at the top of the overall standings, with Yves Lampaert (Deceuninck-Quick-Step) third, two seconds further adrift.

Julian Alaphilippe and Vincenzo Nibali, who finished safely in the peloton, were among those to attempt unsuccessful breakaways.

“The stage was a bit crazy,” said Alaphilippe. “It went all the way, it was a lot of fun.”

Caleb Ewan, who won three stages on this year’s Tour de France, retired from the race suffering from a “sore throat”, his team Lotto Soudal said. 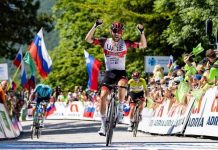